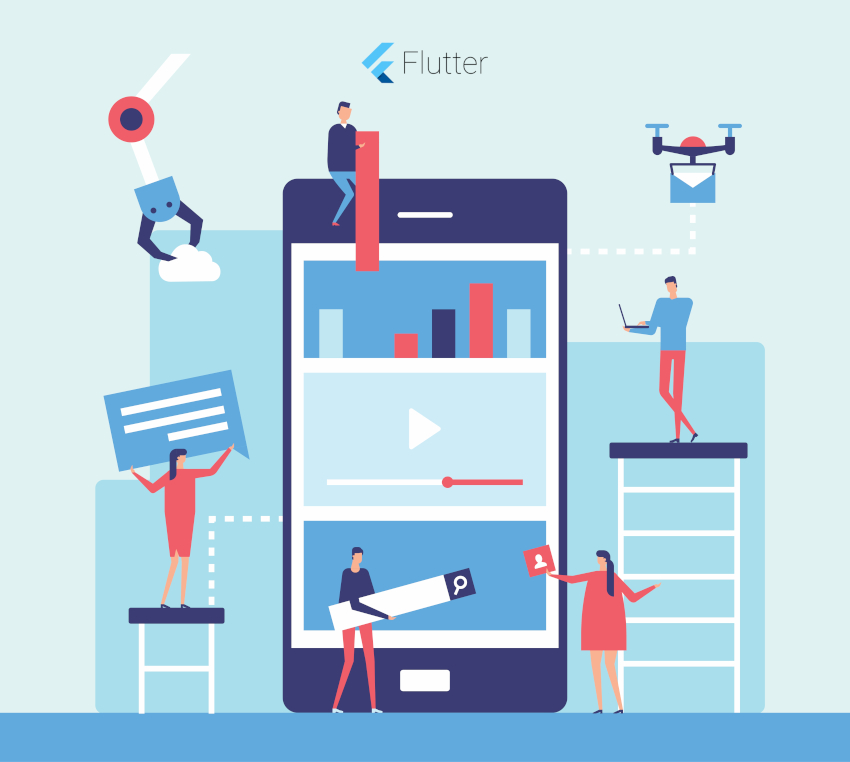 "Flutter App - Google's gift to Mobile App Development or Not?"

As per the official Flutter Website, " Flutter is Google’s mobile app SDK, complete with a framework, widgets, and tools, that gives developers an easy way to build and deploy visually attractive, fast mobile apps on both Android and iOS platforms".

With this simple technology, you do not have to develop different codes for Android and iOS Apps.

It enables cross-platform mobile app development through which you can develop a mobile app for both Android and iOS with one codebase.

Many renowned developers believe that Flutter App is a revolutionary concept in Mobile App Development.

However, there's a small catch. Flutter App is actually an SDK and not a language.

So, in order to learn the Flutter App, one must know the DART language. ( It is simple enough, don't worry)

To elaborate further, we have tried to explain the pros and cons of using Flutter App below -

The Pros of Flutter App

The Cons of Flutter App

Let's Get in Touch


Let's Get in Touch